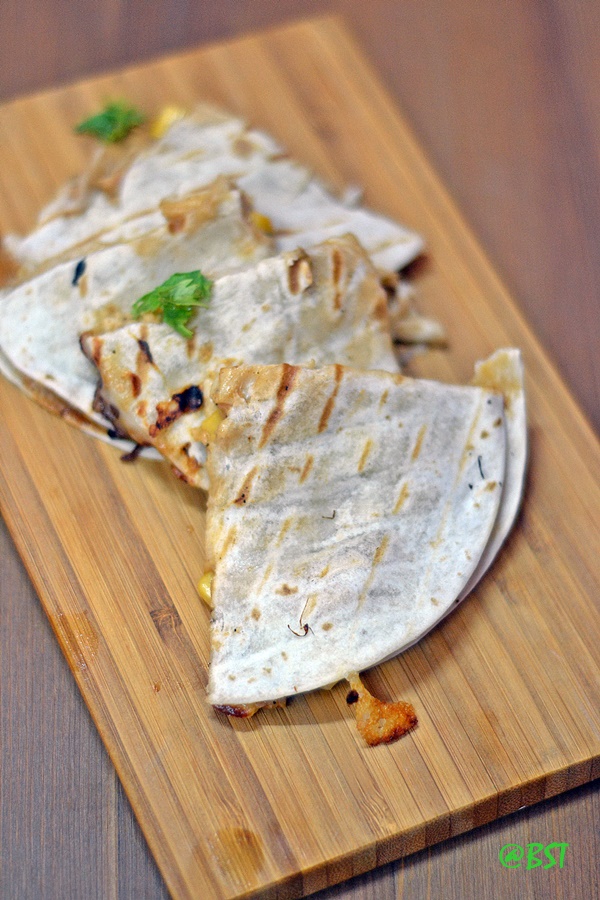 The second country I chose to cook from under the “Oceanic Cuisine” theme for the Blogging Marathon #78 was Mexico. The cuisine from this country is so well accepted, thanks to the Nachos and Tacos that do rounds at almost all food courts! The world is coming to like the Mexican twist of adding chilli to chocolate (like this hot chocolate and these shots!) and not to mention, the Dulche De Leche!

I have been wanting to try quesadillas (read them as ke-se-di-ya) for quite some time, considering how easy it is to make them. I really wanted to make the tortillas (read them as to-ti-ya)for scratch, but as the dates for the publishing approached, I gave up on myself and relied on making them from store bought tortillas. There is one thing you must never miss in your quesadillas and that’s cheese! It must have cheese. The filling can be about anything that you can imagine to go in. If you see around, there are so many variations mixing all sorts of cuisines up (just like these chicken tikka ones that Febi posted on her blog).

I chose to go simple with some chicken and corn, since I knew my kids would wipe it clean without much ado. Rasha enjoyed her share while Azza simply passed it to Rasha, since she didn’t enjoy the taste of the barbecue sauce. After all, I can’t make everybody happy. Hehe… We had this as our own dinner, since HD and B had their own fixes on that day. One thing is sure that this treat is going to be something, that will keep repeating in my pantry on my lazy days. Off to the recipe… 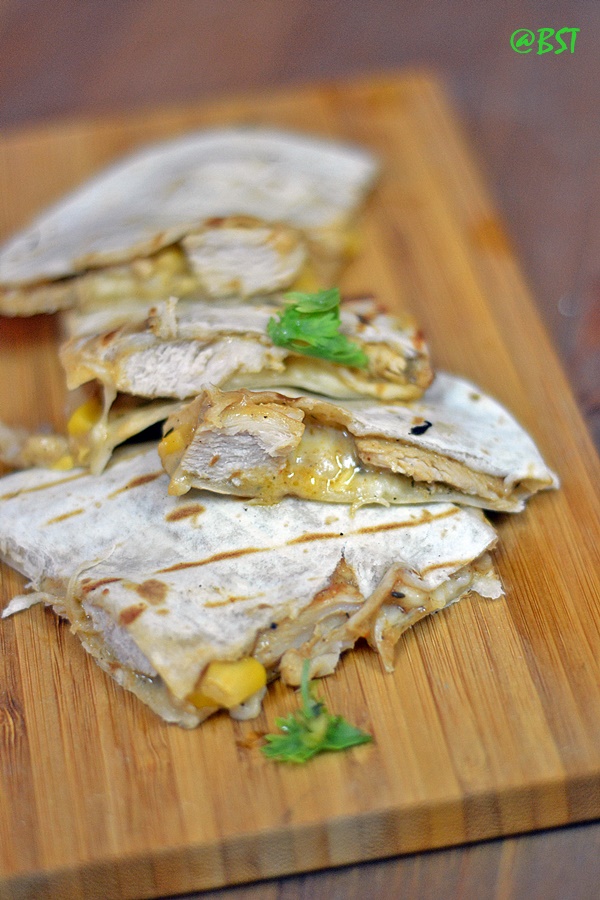 5.0 from 2 reviews
Chicken and Corn Quesadillas 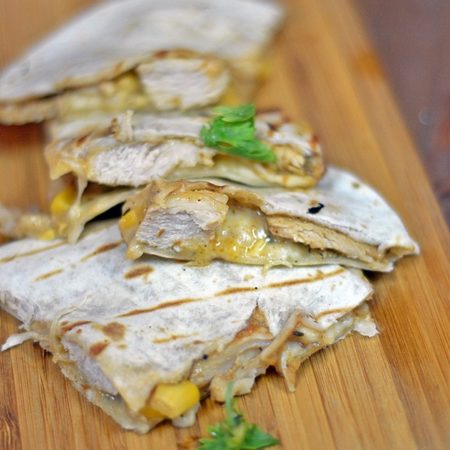 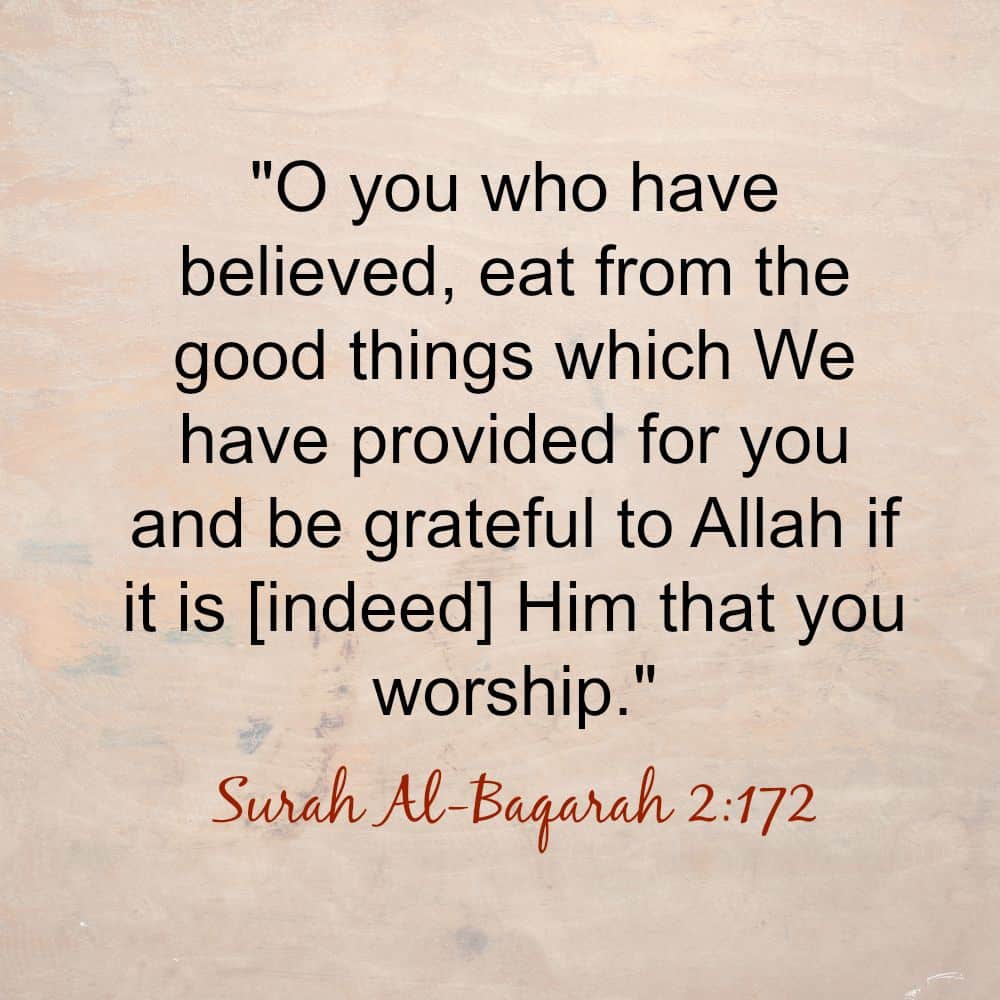