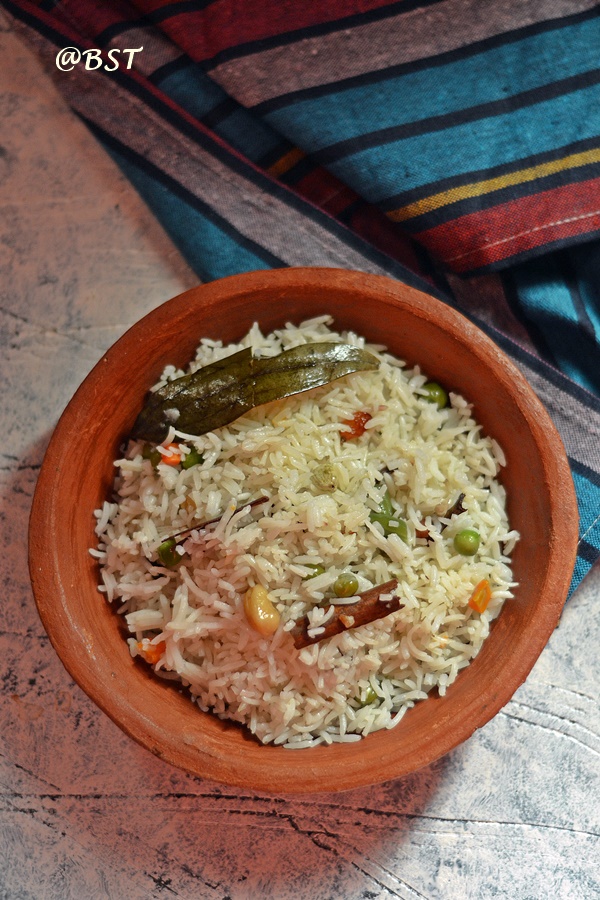 Later last month, when Mayuriji posted on the Shh Cooking Secret Challenger FB group that this month’s West Bengal was going to be the last state to be considered as a part of this challenge, I decided to jump in and give my name.   However, I conveniently forgot about it and was reminded only when my partner, Sasmita messaged me earlier last week for the ingredients. Since then I have been trying to cook for the challenge, but ended up doing it only yesterday. The ingredients that she gave me thankfully were very simple – ghee and cinnamon.

Coming to the state in question, West Bengal has a lot in common with our own state. An ex-colleague of mine would always say, “Both the states are bound by their love for football, fish, communism and coconut!” I guess it does make a lot of sense. Bengal used to be one huge state before it was divided into West Bengal, which became a part of India and East Bengal, as a part of Pakistan during the independence time. The latter went on to become Bangladesh after some years. The food of West Bengal is heavily relying on fish, like the Macher Jhol I made some time back, which was absolutely delicious. Their sweets like sondesh and pitha are very well known and loved. The Panch Phoron is a spice blend that is used into most of their savory cooking.

Initially I had thought of making the Cholar Dal. I had tried it some time back and we totally loved it, but that time I wasn’t in a mood to click. This time, since the ingredients she gave me did go into it, I decided to redo it. But knowing how my folks are, I didn’t want to make it then to have myself have it for the next few days. That is when during a casual browsing my eyes fell on this dish. It sounds like our ghee rice but in its own beautiful way.

This rice dish is very simple, well spiced by the sizzling of whole spices and made in lots of ghee. Vegetables like carrots and beans are added, but I took the short cut and used frozen vegetables. Something that you shouldn’t miss out would be the fried cashews and raisins. It is best to be very generous while adding them. This dish is usually prepared with Gobhindobog rice, which is a short grained rice and made a little sweet, with the addition of sugar while cooking the rice. However, I chose to make it with basmati rice and skipped the sugar since I was making it for lunch. Overall it is a very simple recipe and apart from the time taken for soaking the rice, the rest of the cooking gets done really quick. While I move onto the recipe, do check out what Sasmita cooked with her secret ingredients…

I was trying to figure out if I had done a post the last time it was February 29, that was in 2016 and yes, I had done a fish cutlet recipe then. 😀  And yes, I am quite excited about how this challenge is going to move ahead, since the current theme of doing a state a month has come to an end. Looking forward with some excitement… 🙂